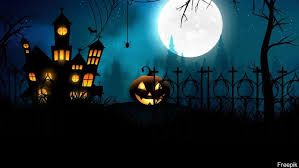 Quid pro quo, or not? Impeachable offense, or not? A legitimate inquiry, or not? We don’t know. And just when we thought things couldn’t get much weirder in Washington, a couple dozen Republican members of Congress stormed the office suite where House committees were taking testimony in the Trump impeachment investigation and staged a… we’d call it a sit-in, but sit-ins usually have a point. After disrupting the hearings for several hours, eating some pizza and complaining about the process, the group left, and the hearings resumed.

As we segue back to Pennsylvania, we present you with PennLive/Patriot News columnist John Baer’s latest take on national and local political weirdness.

The U.S. Census Bureau asked states to cough up driver’s license data as part of the Trump administration’s latest effort to compile information about citizenship status. On Thursday, PennDOT Secretary Leslie Richards said Pennsylvania would not participate, joining a growing number of states that have declined.

State Sen. Daylin Leach, D-Montgomery/Delaware, and Sen. Sharif Street, D-Philadelphia, have introduced legislation that would legalize cannabis for adult use in Pennsylvania. No need to rush out and buy your Doritos quite yet, in our opinion.

Meanwhile, a group of medical marijuana patients staged a demonstration at the PA Department of Health to complain about the high cost of cannabis meds. They called for action to make the drug more affordable and accessible.

Attorney General Josh Shapiro had a busy week, joining his counterparts in several other states in announcing a tentative $48 billion settlement with three opioid distributors and two manufacturers, which is said to offer the best opportunity to get help quickly for people struggling with addiction.

The next day, he joined 46 of his counterparts in supporting an investigation of Facebook to determine whether the social media firm’s dominance is stifling competition, limiting choice for consumers and costing advertisers more money.

In the midst of public debate over a proposed constitutional amendment known as Marsy’s Law, PennLive provides us with a primer that ties everything together.

The state Senate this week voted unanimously to transfer control of the lieutenant governor’s Fort Indiantown Gap residence to the Department of Military and Veterans Affairs, a move that Lt. Gov. John Fetterman called “a win across the board.” Fetterman has chosen not to reside in the official residence. The bill now goes to the House.

Beginning at 12:01 a.m. Sunday, the PA Turnpike will no longer accept cash payment for tolls at two new locations, the entry from Ohio in Lawrence County and the Turnpike Route 66 bypass in Westmoreland County. The agency is encouraging motorists to use its prepaid E-ZPass transponder, although for a higher toll, drivers without transponders will receive a bill in the mail.

Although Governor Wolf says he has no intention of signing it if it gets to his desk, a freshman legislator has introduced a bill that would ban abortions once a fetal heartbeat is detected. More than a dozen states have enacted similar measures, and a heartbeat bill enacted in Georgia has been blocked by a federal judge.

Triad’s own Todd Brysiak weighed in on a national shortage of a chemotherapy drug used to treat pediatric cancer. The father of a cancer survivor who has been cancer-free for more than a year, Todd noted that the drug, vincristine, was an essential part of his daughter’s treatment. The shortage was attributed to a manufacturing delay and is predicted to continue through December.

This week’s We Can’t Make This Up segment arrives just in time for Halloween. The owner of a Tennessee haunted house billed as the scariest in the world offers a $20,000 prize to anyone who completes a tour of the attraction. No one has ever collected. He says he uses hypnosis to scare the you-know-what out of customers and backs it up with a video of every visitor tapping out by uttering the phrase, “You really don’t want to do this.”

And that’s what passes for news around here this week! Be sure to stock up on plenty of candy for all the little goblins, ghosts and witches in your neighborhood! From all of us here at Triad, have a great weekend, and be sure to meet us back here again next week.

The commentary about speed cameras is insulting. It also does not tell the facts of this topic. Maybe disclosing being a lobbyist next to this may add more clarity for average readers? Fair this was not.