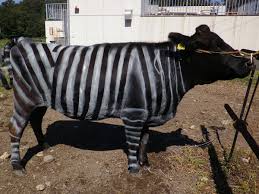 We’ll begin our weekly adventure in Washington, which was all abuzz on multiple fronts. President Trump had a busy week, cramming at least five days’ worth of stuff into a holiday-shortened week. The fallout from his orders to separate U.S. troops from their (former?) Kurdish allies climaxed with an overwhelming rebuke by the House, including two-thirds of the chamber’s Republicans. The president did not take it well.

But the foreign policy kerfuffle was merely a sideshow to the main event, as House Democrats continued down the path of the impeachment investigation. That peaked on Thursday when Acting Chief of Staff Mick Mulvaney undercut his boss’ assertion that there was no quid pro quo involving Trump’s request that the Ukrainians investigate former VP Biden and his son.

Trump’s personal attorney, Rudy Giuliani, had another butt-ugly week, what with being fingered as the president’s point man in the shadow foreign policy activities regarding the Ukraine. The man once known as America’s Mayor is having a bad month.

The Democratic presidential candidates gathered in Ohio this week for a three-hour yackfest, with several of the participants homing in on Sen. Elizabeth Warren for a change. We’ll let the NY Times analysis tell you what’s what.

The explosions and fire that destroyed the Philadelphia Energy Solutions refinery in June was most likely caused by the failure of an elbow pipe, according to the U.S. Chemical and Safety Hazard Investigation Board. The pipe had worn to about half the thickness of a credit card, investigators said. The oil refinery was the largest on the East Coast.

A 23-foot Northumberland County Douglas fir will make the ultimate sacrifice in exchange for the honor of being the White House Christmas tree. The tree’s soon-to-be-former owner called it a “most exciting and humbling experience.” The tree, facing its demise at age 16, was not nearly as excited.

Even though he has scaled it back, business leaders still aren’t happy with Governor Wolf’s plan to extend overtime eligibility to thousands more of Pennsylvania workers. His initial proposal would have eventually extended eligibility to 460,000 workers, and the scaled-back plan would limit eligibility to just 82,000. The Democratic controlled Independent Regulatory Review Commission may consider the plan next month.

Republican Sen. David Argall told a gathering of real estate professionals this week that his bipartisan group looking into taxation issues is likely to recommend cutting or eliminating property taxes by raising the sales and income taxes. He said he wants to get recommendations to lawmakers before year-end to avoid having it get caught in election year festivities.

Why does Pennsylvania lead the nation in average student loan debt per resident, with a figure of $36,000? Freshman State Rep. Jennifer O’Mara, a Delaware County Democrat who at age 29 is still paying off her student debt, intends to find out, and it began with a hearing this week by the House Democratic Policy Committee.

The relatively nascent Harrisburg University aims to boost its brand awareness by becoming the country’s badass at esports. Who needs a football program anyway? A tip of the Triadvocate cap to HU and President Eric Darr for attracting the attention of the Washington Post.

The PA State System for Higher Education is asking for an additional $100 million over the next five years to help retool the 14-member system by merging some services and support, enhancing online learning and improving technology for students. The system’s enrollment of about 100,000 students is 21,000 fewer than a decade ago, and system officials believe that more online courses will attract more students.

Pennsylvania will become one of the last states to take advantage of a U.S. Supreme Court decision to allow states to collect corporate income taxes from corporations that do business in states, even if they have no offices, employees or property there. Businesses that record at least $500,000 in annual sales will henceforth be required to file tax returns and pony up.

Governor Wolf said thanks, but no thanks to the opportunity to refuse to accept refugees in Pennsylvania. The Trump administration last month issued an order giving state and local governments the authority to turn refugees away, but the governor said they will continue to be welcome here.

A federal tax incentive program passed in 2017 by Republicans in Congress has not proven to be the lifeline for ailing Rust Belt cities such as New Castle, according to a report from Spotlight PA, the new investigative reporting collaboration involving several prominent news organizations.

This week’s installment of We Can’t Make This Up takes us all the way to Japan, where scientists have discovered that painting cows to look like zebras significantly reduced attacks by biting flies and lessened the need to use pesticides. Udderly brilliant.

And that’s what passes for news around here on a suddenly chillier fall Friday. On behalf of your good pals at Triad, have a terrific weekend, and check back in with us next week as lawmakers in both houses return to Harrisburg.