We start this week’s missive by taking you to Lafayette County, Wisconsin, where some elected officials have lost their damned minds.  Earlier this week, one of the county commissioners filed a new resolution that would criminally charge reporters for the crime of not posting official press releases word-for-word. In essence, normal, everyday reporting would become a crime.  The crime here seems to be that people elected these loon bags to office in the first place. 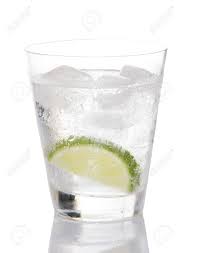 The President, however, continues to do himself few favors as he spent Friday morning Tweeting at one of the witnesses while she was testifying.  We expect at some point that House GOP will arrive on the South Lawn en masse and demand the President turn over his phone.

Apparently, there is no end to the list of delusional Democrats who believe they should be the next POTUS.  Joining the field this week are former governor Deval Patrick and current billionaire Michael Bloomberg.

A lot of lawmakers are diving into the criminal justice pool, and the issue has become a true bipartisan lovefest.  However, the consequence of reform is that the prison populations tend to shrink, which causes prisons to close, which does NOT make lawmakers happy.  Can’t have it all, folks.

Philadelphia’s Controller this week released a report showing that the city’s soda tax revenue continues to be funneled into places other than Pre-K and Rebuild Philly (i.e. the general fund), and that the entire program lacks transparency.  So, nothing to see here.

Word around the hallowed halls of Harrisburg is that lawmakers might finally, maybe, kinda raise the state’s minimum wage from the current $7.25 to $9.50 an hour. Grizzled vets that we are, we will believe it when we see it.  We have heard this song before, and it usually gets cut off before the ending.

The state is lugging around a $1.3 billion structural deficit, we learned this week, although all is not bleak.  A strong economy and better-than-expected revenue numbers are trimming that number each month, making it possible that Governor Wolf might just wrap up eight years with no big tax increase.

The City of Erie woke up today much the same as yesterday: without a community college and with no green light to build one.  The Department of Education voted this week to continue to study the need for such a community college for at least six months, at which point there might still be snow on the ground.

A new report was released this week showing that craft breweries are pouring money (we see what you did there) into the Pennsylvania economy.  As such, we give our Shameless Client Plug shout-outs this week to our friends at Yards, Voodoo and Bald Birds Breweries.

It is a tricky time to be a Democrat in southwestern Pennsylvania, we are beginning to learn.  As more and more elected Democrats are embracing things like fracking bans and the end of petrochemical plants, the more old-school Dems are being beaten about their heads and shoulders for supporting both.  Expect to see these battles move to the ballot in 2020.

Did you know that Philadelphia has 90,000 more women living there than men?  No?  Well, now you do.  We propose reversing the current city slogan to the City of Sisterly Affection and Brotherly Love.

An early, extended bear hunting season is going really well, if you’re not a bear.  Hunters are on pace to harvest more bears than ever, which is also good news for wayward hikers and other people who stumble around in the forest.

In our We Can’t Make This Up segment this week, we take you to South Africa, where a distillery is now making and marketing gin made partially from elephant dung.  We kinda always thought gin tasted like crap anyway.

That’s what passes for news around here on this sunny Friday!  The legislature returns for more top-notch lawmaking next week, so tune in!  From all your friends at Team Triad, have a great weekend!