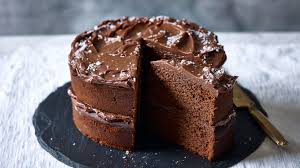 The U.S. House voted along party lines Thursday to formally launch an impeachment probe into President Trump’s dealings with the Ukraine. House Republicans had been loudly complaining that, thus far, the probe was being conducted behind closed doors, so naturally they all voted against opening it up to the public.

For his part, President Trump decided to move to Florida this week, presumably because he is in his 70s and moving to Florida is required by law once you hit 73.

Meanwhile, nationwide job growth outpaced expectations, proving once again that the economy doesn’t seem to give much of a hoot about what is going on in Congress. The U.S. added 128,000 jobs last month, after those killjoys on Wall Street predicted a far lower number.

Back here in Pennsylvania, a last-ditch attempt to derail the ballot question on Marsy’s Law got a bit of life, as a Pennsylvania judge ruled that “yeas and nays” shall not be counted after Tuesday’s vote. The Supreme Court will eventually have to decide if the entire General Assembly, Republican and Democrat alike, acted improperly in passing the ballot question, which seems rather improbable.

If you speed through active work zones in Pennsylvania, you are not only a Grade A chucklehead, you may soon find a citation in your mailbox. PennDOT is unveiling a pilot program that will place automated speed cameras in work zones. So smile, dimwits, you’re on work zone camera!

Governor Wolf this week signed into law a comprehensive overhaul of the state’s election procedures, the first such change in more than 80 years. There were some howls of discontent over the ban on straight-ticket voting, conveniently ignoring the fact that the governor, a Democrat, had to negotiate with the legislature, which is controlled by the Republicans. You know, divided government and all that messy stuff.

A lower court judge this week tossed the City of Pittsburgh’s new gun control ordinances into the circular file, much as everyone expected. They don’t call Title 18, Chapter 61, Subchapter A the Uniform Firearms Act for no reason, we suspect. The battle over state preemption will once again move to the Supreme Court, and you never know what that band of fun-loving rascals might do!

The federal government this week unveiled 150 pages of regulations governing hemp farming. Since Pennsylvania lawmakers had the foresight to legalize hemp production last year, we have a big head start on the field. So get to it, hempers. Let’s lead the nation in something other than municipal waste importation.

The Supreme Court this week stopped Lebanon County officials from denying medical marijuana access to parolees and probationers, striking a blow for good old common sense. The move by Lebanon County to enact this policy in the first place is a stark reminder that, despite what the states do on marijuana policy, the feds still view marijuana as equivalent to heroin and can act accordingly whenever they damned well choose.

A perfect storm of factors, not the least of which is an overabundance of really excited deer, are causing experts to predict an above-average season of car-to-deer collisions in Pennsylvania, most of which find the deer on the losing end. So be careful, and make sure your auto insurance is up to date.

Speaking of deer, the legislature is nearing agreement on a bill that would permit Sunday hunting in Pennsylvania, albeit for just three Sundays out of the entire year. The General Assembly has been debating this issue since before guns were actually invented.

Do you wanna find out how wonderful or crappy your child’s school is? Here is a searchable database where you can find how your district measured up on the most recent round of the dreaded Keystone Exams.

One lawmaker this week announced he will offer a bill to ban flavored vaping products in Pennsylvania. He contends, probably correctly, that cherry and bubblegum-flavored vapes are aimed at getting children addicted. Under his plan, the only flavors allowed will be horse manure and dead skunk. That’ll teach those meddling kids.

Pennsylvania will not be sharing your driver’s license info with the federal Census Bureau, we learned this week. Despite the census folks assuring states that it will keep all the information safe (sure they will) and asking pretty, pretty please, PennDOT Secretary Leslie Richards ain’t having any of that noise, thank you very much.

A Pittsburgh Port Authority bus sank into a 10th Avenue sinkhole this week, causing the Internet to break after roughly forty-five million memes were created. For our part, Tenth Avenue Sinkhole reminded us of Tenth Avenue Freezeout by Bruce Springsteen, so we spent the day with it stuck in our heads.  Damned Internet.

In this week’s Shameless Spousal Plug, aesthetician extraordinaire Sharon Wells (better half of Triad creator and resident mad scientist Roy Wells) was featured in the Philadelphia Inquirer this week for her work at the spa in the venerable Four Seasons, located literally on the roof of Philadelphia. Way to go, Sharon!

In our We Can’t Make This Up segment this week, we take you to Berlin (Germany, not Pennsylvania) where 13 people had to be taken to the hospital after eating a cake following a funeral service. As it turns out, the cake had been baked with hashish and was made by an 18-year-old, who was definitely going to a much different kind of party.

That’s what passes for news as we say goodbye to October and look forward to Election Day next Tuesday, where we will likely see about 26% of you who are registered to vote. Until then, from all of us at Team Triad, have a great weekend!

Speed cameras are a good way to fleece safe drivers. Better check out all errors they made elsewhere and how a judge called them 3-card monte. OOPS!

Maybe try proper engineering in the work zones? All about the money folks. After a short time, this law will be repealed.