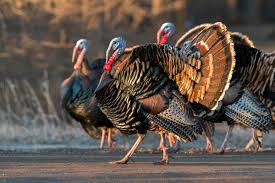 We begin this week’s news-a-palooza with a public service announcement for Amazon:

We have been told that you are really good at shipping things. One thing we don’t need you to ship into Pennsylvania are out-of-state workers to build your new mega-warehouse outside of Pittsburgh. We have plenty of people living there who will do a wonderful job. So, stop it.

House Democrats continued their impeachment inquiry (is it still an inquiry or not?) by inviting two more diplomats to testify, Fiona Hill and David Holmes, the latter of whom rolled his eyes so hard at GOP questions that we are pretty sure he sprained his skull.

Meanwhile, in the Upper Chamber, U.S. Sen. Lindsey Graham has announced that he will begin an investigation into – wait for it – the Bidens! If there is one thing that Congress needs right now, it is another public investigation.

The Trump Train is coming to Hershey next week, and tickets are free! The Sweetest Place on Earth is about to become one of the louder places on earth!

The state House and Senate this week passed the long-awaited package of bills to address statute of limitation reforms on child-sex crimes. It was a tough road, but all sides eventually removed the heat from the debate and replaced it with light.

The Senate this week also passed a bill that would raise the state’s minimum wage to $9.50 an hour by 2022. There was a bit of low-grade grumbling from Democrats who wanted more, but in the end, the bill passed overwhelmingly. Next up? A much more unwelcoming House.

A group of largely western Pennsylvania lawmakers are planning to sue the Wolf administration over his decision to enter into the Regional Greenhouse Gas Initiative. Some believe that Wolf overplayed his hand when he decided not to seek General Assembly approval for the move, which if successful will pretty much bury the state’s coal industry.

Another group of lawmakers this week fired off the opening salvo in the next debate on transportation funding in Pennsylvania, an issue they would very much like to see debated next year, which is an election year, which would be rather stunning.

The General Assembly this week again passed a ban on abortions in the case of a Down syndrome diagnosis. And once again, Governor Wolf waited all of three minutes before vetoing it. We still doing this? Lather, rinse, veto, repeat.

A bill to raise the legal age to buy tobacco to 21 is inching along the rails of the General Assembly. Because once it is illegal for 19-year-olds to buy tobacco, we are pretty sure they never will again.  Teenagers are, as we all know, famous for following the law. That’s why none of them drink alcohol before they turn 21.

Despite 16 years of effort to get a casino built in Beaver County, it looks like local officials have once again rolled snake eyes on that bid. State regulators this week gave a thumbs-down to Mount Airy Casino’s application to build a mini-casino in Big Beaver Township. In related news, yes, there is a Big Beaver Township.

Despite the Big Beaver setback, NBC news still plans to do a year-long series about 2020 presidential “swing counties,” one of which will focus solely on Beaver County. We humbly suggest they film it at the Original New Brighton Hot Dog Shoppe.

If some state lawmakers have their way (and they often do), the 2024 presidential primary date in Pennsylvania will be moved way up. No longer will we be forced to sit back and watch 26 people in New Hampshire decide the direction of our country.

Weeks after the state again slammed the brakes on their application, Erie County officials are back at it, pushing for movement on their community college bid as early as January. Expect this issue to continue to be wrapped around the axle for the foreseeable future.

Harrisburg Mayor Eric Papenfuse plans to abandon a potential deal to privatize the city’s water and sewer system as he threw his support this week behind a plan to add additional fees to city dwellers to pay for sewer and stormwater upgrades. This should go over well, we are sure.

The business of the state Senate was temporarily upended this week as Sen. John Yudichak of Luzerne County announced he switched his party registration from Democrat to Independent and will caucus with the GOP moving forward. Nothing like a party switch to get tongues wagging all over the state capitol.

In other nakedly political news, if you were wondering where former state senator and failed gubernatorial candidate Scott Wagner has landed, it very well may be directly opposite longtime GOP power broker Bob Asher. Wagner is floating the idea of taking on Asher for his powerful spot on the Republican National Committee. Some bad blood flows pretty deep around here.

In our We Can’t Make This Up segment this week, we take you to aptly named Toms River, New Jersey, where wild turkeys have pretty much taken over the entire town, setting up a potentially deadly, Quentin Tarantino-esque showdown next Thursday. Turkeys vs. Humans: this time, it’s personal.

That’s what passes for news around here as we careen wildly into the weekend. From all your friends at Team Triad, have a great one!