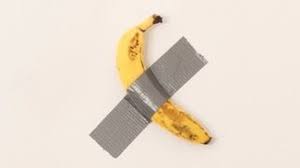 America was force-fed a civics lesson this week with the impeachment of President Trump, only the third time the House has taken such an action. At the moment, we don’t know when (or if?) House Speaker Nancy Pelosi will deliver the two articles of impeachment to the Senate, as she suggested she will wait until she’s satisfied that the Senate trial will be a fair one. It could be a long wait. Pennsylvania’s 18 members of Congress split along party lines, with the nine Democrats voting to impeach and the nine Republicans voting against it.

The president, for his part, called the impeachment a sham and a witch-hunt and asserted, once again, that he had done nothing wrong. He and his Republican supporters continued to criticize the impeachment process, but didn’t lay a finger on any of the facts.

Two Democrats voted against the abuse of power article, and an additional Dem voted against the obstruction of Congress article. One of them, New Jersey Congressman Jeff Van Drew, announced he would switch to the GOP, and six of his senior aides immediately resigned.

Just when it seemed that things couldn’t get any uglier, they got uglier. Senate Majority Leader Mitch McConnell announced he had no intention to be an open-minded juror and said he would take his cues from the White House in conducting the Senate trial. Despite that, some believe that Pelosi still holds some cards. WaPo columnist Jennifer Rubin laid out the various scenarios that the speaker could use to create leverage, although as McConnell noted, “I’m not sure what leverage there is in refraining from sending us something we do not want.”

After winnowing their ranks down to seven, the Democratic presidential candidates held another debate this week. The New York Times offered six takeaways.

The U.S. Supreme Court declined to hear an appeal of a case that would have made it illegal to camp and sleep in public spaces. It upheld a lower court decision that said it was cruel and unusual punishment to enforce rules that stop homeless people from camping in public places when they have no place else to go.

A state court system task force’s recommendation that Pennsylvania stop issuing grand jury reports has drawn opposition. A spokesman for the majority Republican caucus in the state House said leaders are not inclined to do away with grand jury reports because it would diminish the ability of the three branches of government to work together to address public policy issues.

New Jersey voters will decide in the 2020 General Election whether to legalize recreational marijuana in that state for anyone 21 or older. In recent polls, 60 percent of voters support legalization.

Governor Wolf and legislative leaders announced that a task force will scrutinize Pennsylvania’s juvenile justice system in hopes that it will improve the results it produces. Task force members will be appointed by Wolf, the court system and the General Assembly and will be given a year to complete their work.

Already thinking of how you’re gonna spend that forty bucks that lawmakers want to save you for yearly emission inspections on vehicles less than nine years old? You might want to tap the brakes on that idea while the Department of Environmental Protection figures out whether PA would lose beaucoup federal funding.

PA House members left town this week without acting on Senate-passed legislation that would raise the state’s minimum wage to $9.50 an hour by 2022. Governor Wolf had threatened to expand overtime eligibility to 460,000 workers if the House didn’t deliver by the end of the year. Immovable object, say hello to unstoppable force.

As winter slides on in, the PA Public Utility Commission warns electric customers that they could be hit with larger-than-necessary bills unless they shop around among competitive electricity suppliers. A PUC brochure explaining how to do it is available at this link.

As for our We Can’t Make This Up segment… A couple of weeks ago, we brought you an item about the $120,000 “artwork” consisting of a banana duct-taped to a wall. This week, we bring you a couple who shelled out the moola for said artwork. Billy and Beatrice Cox explained that they bought it in the belief that it “will become an iconic historical object.” We say, folks, this is God’s way of saying “you have too much money.”

And that’s what passes for news around here this week! From your friends at Triad World HQ, have a terrific weekend and holidays, and we will see you in 2020!