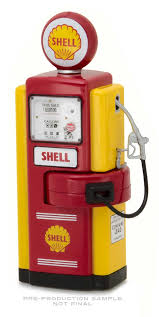 Welcome to the inaugural edition of Friday Happy Hour 2020! We pick up where we left off in 2019, with tensions between Iran and the U.S. reaching a boiling point yesterday after our military dispatched of one of the world’s most dangerous terrorists, Iranian General Qassem Soleimani. For those worried that this action might spark a broader war with Iran, it is probably a good time to remind everyone that Iran has been at war with pretty much the entire free world since 1979.

The new year brought with it several new state laws that went into effect on Jan. 1. Among the more notable ones are raising the minimum age to buy tobacco to 21, and for the first time, the legalization of mail-in voting in Pennsylvania. And hey, speaking of voting…

After Dauphin County elected officials finally relented at the 11th hour and 59th minute, all sixty-seven counties will officially have new voting machines just in time for the 2020 elections, which, we have been told, will shatter turnout records from here to Kingdom Come.

A new federal overtime rule also kicked in on Jan. 1, guaranteeing 60,000 or so Pennsylvanians overtime pay should they work more than 40 hours a week. Which, to be fair, seems pretty fair and reasonable.

And what would January be without the kickoff to the annual Pennsylvania Farm Show, where despite the misleading name, one cannot walk in and buy a farm. There will be a delightful spread of food, and as an extra added bonus this year, a massive butter sculpture of the Philadelphia Flyers’ mascot Gritty, which will haunt your children for months to come.

2020 will also see the kickoff to the state’s implementation of automated speed enforcement in construction zones. So if you are the type of chowderhead who speeds in work zones, the eye in the sky (or more aptly, in the Grand Cherokee) is gonna get you.

Gov. Tom Wolf opened the new year by announcing a new multi-agency effort called Reach Out PA to help combat the stigma that surrounds mental illness. Kudos to him and his team for this new initiative, which should truly be a bipartisan effort. Wolf is getting really good at this “bipartisan” thing as his second term kicks into high gear.

And if you have not yet watched Wolf and his second-in-command, John Fetterman, reading mean tweets about themselves, please do yourself a favor and watch. It is pure gold.

Out in Allegheny County, health officials are planning a series of initiatives to combat climate change on the heels of a spike in poor air quality days over the last year. Maybe everyone can breathe a little easier in 2020.

Despite the vetoes, President Clarke has doubled down on his bid to cut the poverty rate in the city, with a pledge to pull 70,000 residents out of poverty over the next four years. We wouldn’t bet against him.

U.S. Sen. Pat Toomey and several members of the state’s congressional delegation have signed an amicus brief asking the U.S. Supreme Court to “reconsider” Roe v. Wade. You know, it was a pretty safe bet that the 2020 elections were gonna be a tad acrimonious BEFORE they signed this brief. Nothing like dumping a little gas on the electoral fire.

As lawmakers continue to battle over the future of the fossil fuel industry, often times folks forget what the energy sector has meant to some southwestern Pennsylvania communities. Here is one such story from Beaver County, just up the Ohio River from Pittsburgh and home to the new Shell cracker plant.

In our first We Can’t Make This Up installment of the year, we take you to – where else? – Florida, where a man was arrested this week for trying to beat up a gas pump. No matter how many times you punch it, the price is not going down, pal.

The whole episode reminded us of a scene from the Steve Martin classic film, The Jerk. Die, gas pumper!

That’s what passes for news around here at the dawn of the decade in Harrisburg. Thanks for making us a part of your Fridays, and from all of us at Team Triad, have a great weekend!

Ah, speed cameras, a nice way to take money from safe drivers, by using poor engineering and predatory ticketing. How many errors may occur here, like elsewhere? More crashes?